Our main goal is to help our customers maximize the value of their heating and cooling money while also increasing the value of their homes and businesses. This is accomplished by delivering a variety of services, including gutter replacement, weatherization, insulation, and air sealing. Our team of professionals is capable of handling everything from new window installation to window repair, and they possess the knowledge and expertise necessary to complete your project to your complete satisfaction.
Fill out the form and Keith will call you to set up an appointment to talk about your project.

Our competent team ensures a seamless and professional approach. We handle your project from start to finish, providing a variety of services to ensure perfection.

By hiring Keith and his team to install new energy-efficient windows in your home, apartment complex, or condominium, you can quickly and easily improve the appearance of your property while simultaneously saving money on your electricity costs.

When you use your heating, ventilation, and air conditioning system, you pay a lot of money. Inefficient heating and cooling is a result of poor insulation, which allows conditioned air to exit your home while allowing outside air to enter.

Every home has holes cut by electricians to feed electrical cables and gaps in the rim joists that enable conditioned air to escape. Unfortunately, these small holes have a significant impact on your home’s energy efficiency.

Call today at (678) 481-8818 and we will assist you in protecting your property and its interior from sunlight, rain, and wind, as well as adapting it to minimize energy consumption and maximize efficiency.
Request a Callback

Because of the potential health risks associated with older windows, energy-efficient windows are quickly becoming the industry standard for window replacement. Certain harmful pollutants can enter your home and family through old windows. Lead may be present in older paint, which can create health problems.

Our new windows will help you save money on your energy bills while also improving the aesthetic and value of your home. We will visit your home on a date and time that is convenient for you to assess your window replacement, installation, or repair needs. While we’re there, we’ll give you a no-obligation, precise on-site quote for any window replacement, installation, or repair service. We guarantee that our price on new windows will be lower than any competitor’s. We don’t rely on sales pressure or discount gimmicks to get your money.
Window Installation & Replacement Services 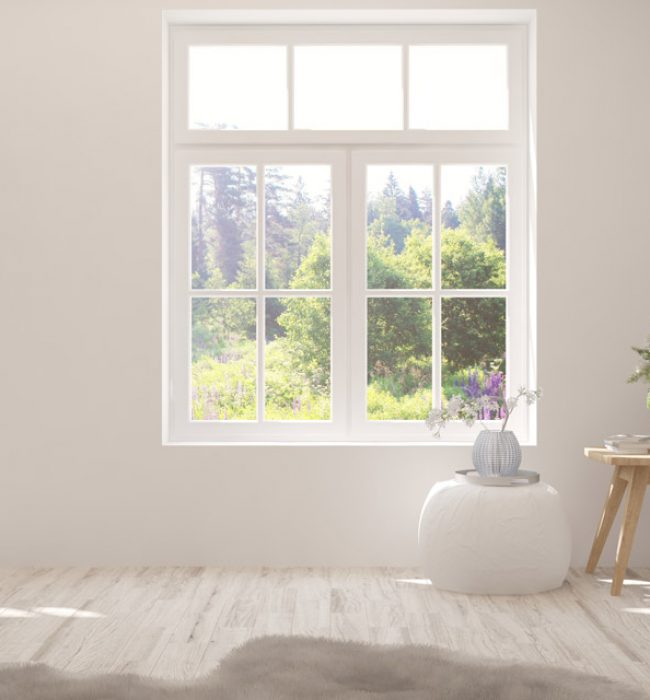 Your home’s relies on gutters for one basic reason: they direct rainwater away from the building’s foundation. In order to prevent water from accumulating around the foundation or basement, you must direct it away from the structure. Gutters also keep soil from becoming eroded as a result of water pooling in the gutters. They play a critical role in ensuring that your landscape and the environment around your home remain beautiful throughout the year.

There is a gutter to match your design, construction, and roofing material no matter what type of roofing system you have. We can assist you in selecting the best gutters for your property and provide professional gutter maintenance all year. Please contact us if you have any further questions about gutters.
Get Your Gutters Replaced

Heat travels naturally from a warm to a cool location. As a result, many homes with insufficient insulation wind up heating their attics or even losing heat to the outside. The same is true for summer, but in reverse. Outside heat naturally finds its way inside the air-conditioned home. Insulation works to slow down this natural process, keeping a home warm in the winter and cool in the summer while also cutting energy expenses.
Schedule an Appointment 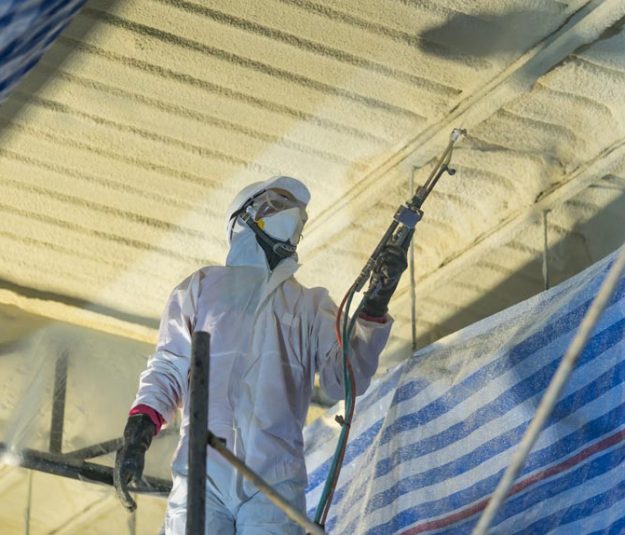 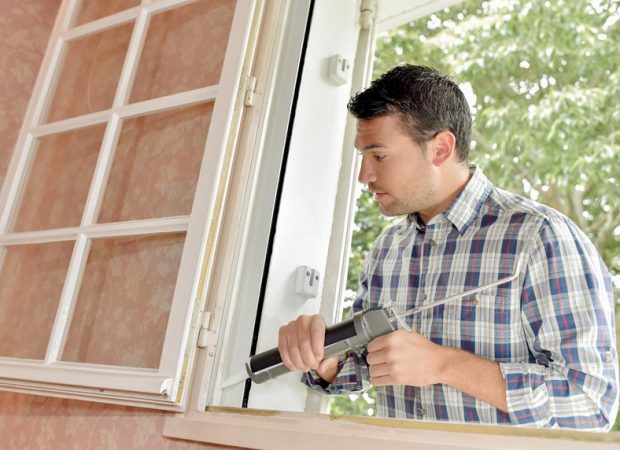 Sealing air leaks in your home can reduce heating and cooling costs, improve comfort, and create a healthier indoor atmosphere. Heat can escape the home through a number of gaps, cracks, and holes located throughout the structure.

We can find and seal air leaks throughout the home, from the attic to the basement. If you’re interested in having us conduct a full home energy audit and fix air leaks to improve your home’s comfort, contact us today!
Schedule an Appointment

Weatherization is critical for reducing energy waste in your home and monthly power expenses. Our mission is to educate our customers on how energy is used in their homes and how they can save money on their monthly utility bills by reducing excessive usage.
Weatherization is shielding the interior of a home from the elements, most notably sunlight, rain, and wind, and changing a space to reduce energy consumption and enhance efficiency. Our weatherization method is simple and straightforward. To begin, the attic. There are numerous reasons for energy to escape your home, but one of the most crucial is the attic. A poorly insulated attic loses about 15% of your energy. In the summer, the normal attic temperature ranges between 140 and 160 degrees Fahrenheit. 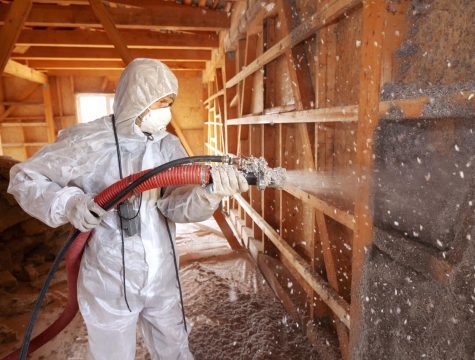 Kennesaw is a city in Cobb County, Georgia, United States. It is located within the metropolitan Atlanta area. Known as Big Shanty from its founding in the 1830s until 1887, it was renamed Kennesaw following its 1887 charter. Kennesaw had a population of 29,783 in 2010, but 34,077 in 2019, indicating a 14.4 percent increase in population over the last decade.

Kennesaw is significant in railroad history. Kennesaw served as the staging area for the Great Locomotive Chase on April 12, 1862, during the Civil War. Today, the city is arguably best known nationally for its mandatory gun possession ordinance, which requires all families in Kennesaw, with certain exceptions, to keep a gun.
Kennesaw, Georgia

Things To Do in Kennesaw, GA

Kennesaw, Georgia offers a diverse range of indoor and outdoor activities for people of all ages, both tourists and residents. Kennesaw is a beautiful region featuring floral gardens, scenic parks, amazing skyline views, and the Kennesaw Mountain National Battlefield Park.

The battlefield park, which protects the mountain from which the city gets its name, preserves the site of a significant battle during the American Civil War.

It was a conflict that lasted nearly a month in the summer of 1864, before the Confederate south’s soldiers defeated General Sherman’s Unionist troops.

The mountain’s peak offers superb panoramic views of the surrounding area, and visitors to the park can also explore the historic Peter Valentine Kolb’s Farm House.

Visit Kennesaw’s very own Southern Museum to gain a better understanding of the events surrounding the American Civil War.

It is housed in a historic barn that was formerly home to a cotton gin (a machine that separates the cotton fibers from the seeds). Inside, visitors will find a variety of relics linked to the war’s Atlanta Campaign.

Almost certainly, the museum’s centerpiece will be a steam engine called the General. This locomotive took part in what has come to be known as the Great Locomotive Chase.

Although the Sky Zone Trampoline Park in Kennesaw has unfortunately closed, another location is available in the nearby city of Roswell, located approximately 30 minutes east.

Open to both children and adults, this facility allows you to test your total fitness level on Sky Zone’s ninja warrior course or have a more relaxed time bouncing on Freestyle Jump’s wall-to-wall trampolines.

If competition is your thing, you’re likely to enjoy the Ultimate Dodgeball trampoline court, while would-be acrobats may practice new acrobatics in the Foam Zone, which features a soft and foamy landing.